Laura Dre announces 3rd single “I Wanna Be Your Only One” Hello everyone! This is blog #4 and today I have some great news about my new upcoming single!... 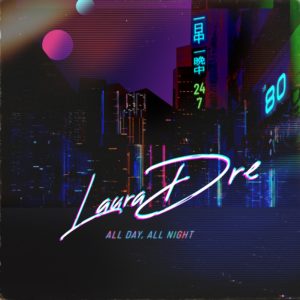 Laura Dre announces 2nd single “All Day, All Night” Hello everyone! This is blog #3 and today I have some great news about my new upcoming single! New single... 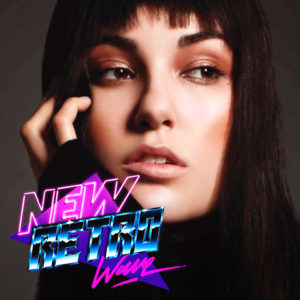 Hello all! This is blog #2 and today I will talk about some highlights I had this week: NewRetroWave featuring Laura Dre – Moving Spaces. Top fans: But first...

Laura Dre opened up for Kim Wilde and played alongside other known artists, such as The Wombats, Terry Poison, Betty, Robots In Disguise, Hunter Valentine, Sick of Sarah, Bastille, etc.

Indeed into modern electronic pop itself.

Influenced by the brooding voices of Shirley Manson and Alison Goldfrapp,

Laura’s rare contralto voice is as reminiscent of popular synthwave counterpart Trevor Something as it is PJ Harvey’s.

Is Laura Dre’s matter-of-fact assessment of the airwaves status quo.

“Laura Dre received her first guitar at age 12 and began producing and recording early songs using Cubase and Emagic in 2003.

Her mother urged her to pursue a career in modelling and a stint at a modelling agency in the Philippines followed, but Laura was to make music above anything else.

She was signed to Radio Insect Records, a Canadian-Filipino record label in 2004,

before moving to Los Angeles the following year and touring with a metal and pop/rock band as a bass player.

With tour commitments completed and having signed to the artists’ respective record labels, she moved to London to pursue a solo music career.

Laura formed Vinyl Black Stilettos with the song “The Game” being featured on the BBC3-produced serial drama “Lip Service”.

Fisforr reviewed “…you need to have a look at the video for Electrical because it’s enough to make you grab your woman and not leave the bedroom for twelve hours.” With 32 songs released commercially.

Laura performed at some of the biggest LGBTQ+ events worldwide such as Gay Pride London, Gay Pride Brighton, L-Beach and GoGo Festival.

She also performed on stages in Greece, France, England, Canada, USA, Croatia and Germany and opened for Kim Wilde.

Laura Dre’s creative flirtations within a band environment were cut short in 2014 and in 2016 she studied music production at the University of West London.

After graduating with First-Class Honours and armed with a new set of production and song writing skills,

Laura committed herself to completing her debut album as a solo artist.

Delving deeper into her formative influences of 80s synthpop music, gaming and synthesisers,

she has written and arranged a new 9 track album titled “Moving Spaces”.

To listen to Laura Dre’s music is like experiencing a night drive through the deepest reaches of her psyche.

It can be sexy and dark with Bladerunner-esque and The Crow soundtrack soundscapes, but also upbeat and catchy that begs for mischief and dance…”